​For several  years in the 1990s (until NAMHSA's North American Nationals began; we chaired the first NAN), we held one of the world's largest model horse shows, Central Model Equine Congress (CMEC), in Ohio.

​Today the fun continues with Vintage Custom Model Equine Congress Live--a gratifying get-together of enthusiasts and their vintage custom models to compete in person for prizes. From the people's-choice Vintage Custom Showcase contest to the judged showings of the Halter Challenge, it's a day full of ways to celebrate these survivors from the 1960s to the 1990s!

Plan to join us in Spring 2022 for the third Vintage Custom Model Equine Congress Live, when we'll again get together to make hobby history as well as revisit it!

Those four returned in a people's-choice showdown for the Supreme Championship of the show--and taking the top spot was RM Spring Snow. Reserve Supreme Champion in the voting was *So Viktor Alexi.

In addition to beautiful commercial awards, the class winners and champions won gorgeous tile prizes created and donated by Sarah Minkiewicz-Breunig, with one-of-a-kind creations going to the Supreme Champion and Reserve Supreme Champion.

Entrants from seven U.S. states and Canada made the trip to Battle Creek, Mich., for Vintage Custom Model Equine Congress II, held at American Legion Captain Oscar Brady Post No. 298 on May 6, 2018.

Originally planned to offer two competitions--the VCMEC Breed Challenge (judged largely on confirmation and breed type, with allowances made for age and condition) and the VCMEC Vintage Custom Showcase (with winners determined by people's choice)--this edition of the Congress added an exciting third element shortly before showtime: the VCMEC Customizers' Cash-Back Constellation of Stars, with judged classes for the work of 17 artists who donated prizes in appreciation for the creations' caretakers!

In addition, marvelous tile awards were created and donated by Sarah Minkiewicz-Breunig, thrilling the VCMEC Vintage Custom Showcase's top placers and its Grand and Reserve Grand Champions, and VCMEC Supreme and Reserve Supreme Champions. Sarah also sent a trio of lovingly lavished tiles so that judges Cheryl Monroe and Ardith Carlton, as well as Nancy Kelly, who served as Keeper of the Showcase while also gathering stories and photos for her upcoming book on the model horse hobby's history, could bestow a special honor on their favorites.

For the full VCMEC 2018 show report and photos galore, be sure to see the Autumn 2018 issue of VCMEC's free quarterly online newsletter, VCMEC Model Horse Re-View!

Thanks so much to all for helping make this event possible with your kind support and passion for vintage customs. Let's do it again in Spring 2021! 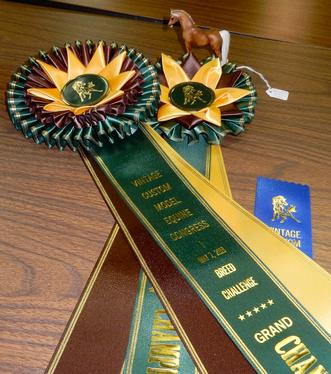 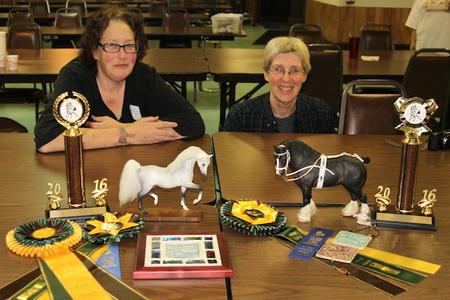 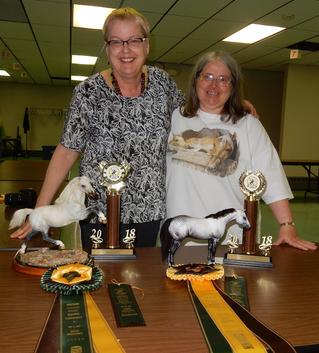 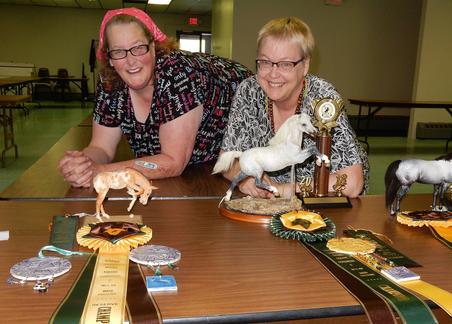 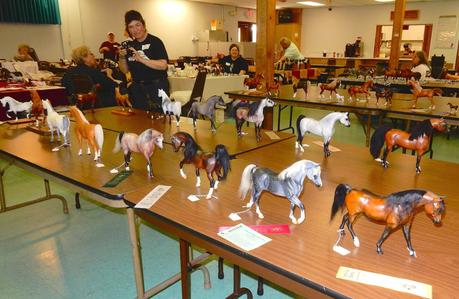