First wowed by Breyer model horses at age 8, when she was given a bay Rearing Stallion that had graced the cornice board of her late great-uncle's house, Ardith currently has nearly 3,000 model horses. About half are original finish Breyers, with most of the rest being vintage customs.

Growing up in Michigan, then a hotbed of harness racing, Ardith helped harness, jog and paddock a local stable's Standardbreds as a teen. She went on to write for and copy-edit the U.S. Trotting Association’s monthly magazine Hoof Beats. One of her features, "A Tale of Two Fillies: Remembering Silk Stockings and Tarport Hap," won the sport’s equivalent of Olympic gold, being named Best Magazine Article in the 1999 World Trotting Conference’s International Media Awards competition in Australia. (Click the button below to read a PDF in a new window.)

Here are a few other favorites from among her nearly 100 Hoof Beats features:

On the model horse front, Ardith was a columnist for The Hobby Horse News in the 1990s, and contributed a feature on iconic grey pacer Laag to Breyer's magazine Just About Horses in 1996. More recently, here's a 2016 piece about model horse photography, written for the Model Equine Photo Showers Association's 2016 Championship Show yearbook:

Thanks very much for your interest!

1/98: "A Thousand Words: Photos offer glimpses of the year gone by"
10/95: "Second To None: The 50th Anniversary Little Brown Jug"
9/97: "A Tribute in Bronze: Leslie Spano shows her love of Standardbreds in sculpture"
7/98: "A Horse of a Different Color: Coat preferences are based on fact and fancy" 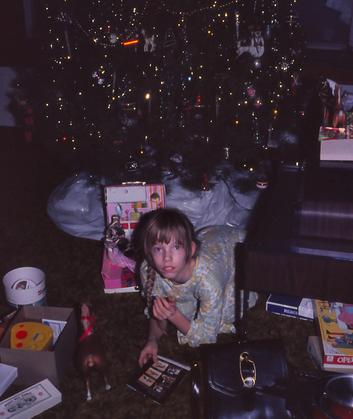 6/95: "When White Goes Wild: Standardbreds can have eye-widening hides"

7/97 "The Psychology of Auctions: Auctioneers share their secrets of a lively trade"

1/99: "Make a Wish: The brief brilliance of Strike Out"
View on Mobile